Marijuana “Possession” Under the Law

Marijuana “Possession” Under the Law 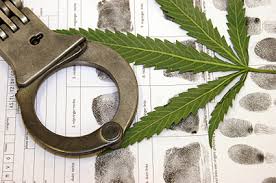 Marijuana possession is considered a drug crime. “Possession” may include more situations than you think such as:

In each of these situations, the law makes no distinction as to who the marijuana belongs to. So if a person brings marijuana into your house or leaves it in your vehicle, you could still be charged with a drug offense.

Also, multiple people can be in possession of the same cannabis. So if you are in a car with three friends, and there is marijuana in the car, in some cases all of you could face possession charges. This is called constructive possession.

Illinois drug law typically places marijuana into a lower level of offenses related to illegal drugs. Most marijuana offenses are considered misdemeanor offenses unless certain requirements are met such as: large amounts of cannabis, the sale or transfer of cannabis or using the drug near a school or church. In short, not all illegal drugs are equal, and possession of one may carry a harsher penalty than possession of another.

Keep in mind that these marijuana charges don’t cancel each other out. It is possible, for example, that one arrest could lead to charges of possession, possession of paraphernalia and DUI.

If you’ve been arrested for a marijuana drug charge, or any other criminal offenses, you should have the very best representation.

Chicago drug attorney Purav Bhatt practices in both state and federal courts in Chicago, Skokie, Rolling Meadows, as well as, Lake, Cook, DuPage and Will counties. Please call 773-791-9682 or contact Mr. Bhatt to discuss your matter.