Being charged with drug possession, drug possession with intent to deliver or sell, drug manufacturing or any other drug crime, you will need to hire a criminal defense lawyer who can review your case and work out the best outcome possible for you. In order to determine what your best position is in a drug […] 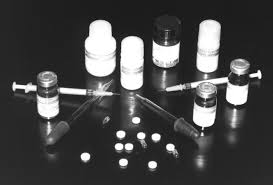 Being charged with drug possession, drug possession with intent to deliver or sell, drug manufacturing or any other drug crime, you will need to hire a criminal defense lawyer who can review your case and work out the best outcome possible for you. In order to determine what your best position is in a drug case, an attorney must review what possible defenses are available to you and your case. Defenses to drug arrests can address the facts of the case, the testimony of the parties, the evidence in the case, other legal challenges such as: attacking the procedure of the case, issues with the 4th amendment and search and seizure or finally asserting defenses such as medical marijuana.

Below I discuss some of these legal challenges to drug offenses.

Where are the Drugs?

In court, a good criminal defense attorney will make the prosecutor produce the actual seized drugs and show the court what was found. Without the drugs, the defense’s case is strong. Physical evidence is the best evidence at trial. When police seize drugs, they must follow a chain of custody to make sure the evidence is not tampered with. At trial they must establish where the drugs were seized and how they got to court.

Many of my clients use the defense that the drugs that were found were not theirs. When you are arrested in a group and drugs are found, the prosecution must establish that you knew that other person was in possession of drugs and you were partaking in its use, sale or distribution. Either through motion or at trial, a criminal defense attorney can challenge who the drugs belong to.

The 4th amendment of the United States Constitution protects your right to due process under the law. This right protects you from illegal searches and seizures. In my experience, this is where a majority of drug cases are won and lost. Many individuals are pulled over for traffic offenses but not everyone is searched. But how does a routine traffic stop turn into a search of the vehicle and its occupants? In a court of law, if the judge determines that the search was illegal, then the evidence found as a result of that search is illegal and will not be admitted into evidence.

The Cops Planted the Drugs

When the officer is the only witness to the drugs being found, a defense attorney can argue that the drugs were planted. Police plant drugs for a variety of reasons including leverage to find larger drug dealers in the neighborhood.

No matter what the police say was found, unless the laboratory can prove that the drugs are what they say they are, prosecutors cannot prove their case. In order to prove these facts, the prosecution must have the testimony of the crime lab technician to establish that the drugs are in fact drugs.

Many people are arrested during controlled buys or “sting operations”. The legal argument against these techniques is called entrapment. Entrapment is when law enforcement cause or get a person to commit a criminal offense when they wouldn’t have on their own.

Medical marijuana is allowed in Illinois as of 2014. I’ve beaten drug charges using this defense as part of my argument recently. If you are arrested and have a prescription you may have a defense that can beat your case.

The possible sentences resulting from a conviction related to cocaine can lead to prison and permanent difficulties related to your criminal history. Defense attorney Purav Bhatt has the experience to guide you through the legal process in a way that can protect you from incarceration and protect your criminal background.