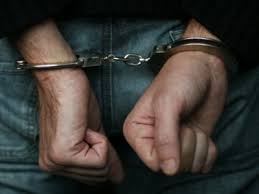 I am handling a case right now where my client is being charged with attempted murder (720 ilcs 5/8-4), aggravated kidnapping (720 ilcs 5/10-2), armed robbery (720 ilcs 5/18-2) and aggravated battery (720 ilcs 12-4). These are clearly very serious charges my client is facing. He was never seen at the scene of the crime and wasn’t arrested committing a crime. So how did the police take my client into custody? The Chicago Police Department used an internal procedure called an investigative alert to justify my clients arrest.

For the CPD, these investigative alerts substitute for arrest warrants and give the police an excuse to arrest a citizen who was not committing a crime and who does not have an active arrest warrant against them.

The practice of investigative alerts is a side-step of the judicial process and gives arrest warrant powers to the CPD in violation of the US constitution.

If you or a loved one has been arrested, you need an aggressive criminal defense team to fight for your rights. Contact The Law Office of Purav Bhatt at 773-791-9682 to discuss your options.